FREE ESTIMATE1800 274 999
Yes, we are open
We load, you relax! Too Easy! COMMERCIALHOUSEHOLDGARDEN

What’s twice the size of America, made of plastic (mostly) and eats seafood alive?

Give up? It’s the revolting Pacific Ocean Trash Vortex or Patch. It’s so big, it’s got an Eastern and a Western hemisphere and it’s thought to be responsible for up to 1,100 000 bird and sea life deaths a year. Although it’s formed by sea currents, it could some day end up on a beach very near you! Brizzy Rubbish Removals are not here to lecture about the state of theenvironment, but we would like to offer a few tips on keeping our beaches and oceans clean – because we love adorable little birds and tasty seafood as much as you do! 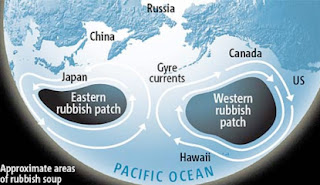 Our Top 5 Tips for Protecting Our Oceans

Don’t be a butt flicker. Flicking one butt from a car window or dropping it on the footpath may seem harmless but Australia flicks an estimated million butts a year that end up in the ocean. You might only have a tiny butt but it’s amazingly toxic!

Bottles of Poison. Plastic bottles and other disposable packaging is the number one offender in the battle. Not only do they take forever to biodegrade (literally forever for many plastics) but they create a toxic chemical soup as they leach nasty toxins. You’ve heard it a million times; recycling reduces land fill and uses fewer natural resources but it also keeps plastic out of our waterways. Buy a recyclable, reusable water bottle and fill it from the tap like we did in the good old days (get one with a filter if you’re worried about our waterways!), recycle your plastic bags and most importantly, take extra care around waterways. 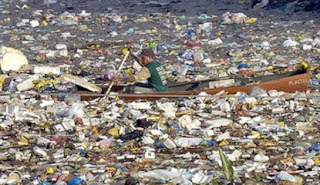 Clean Green. You know those little scented toilet perfume cages that hang in there and serve some largely unknown purpose? How about the quadruple action skin peeling laundry liquid you use on your delicates (seemingly the ones you wear down the coal mine)? What about that all-powerful, lung-singeing bleach you’re using daily to remove fingerprints from your tap ware? All those things, no matter how you delight in the brightness of their results, flush a chemical cocktail into our waterways. This can create environments where sea life can’t live, but toxic algae flourishes, poisoning the water for months or years.

Don’t take any ship! Approximately 20% of the rubbish dumped in the ocean comes directly from ships. It’s not just about choosing a cruise ship that has a green waste disposal policy; it’s about buying local where you can. We love buying Aussie-made, and if it can avoid the need for yet another freighter taking a plastic dump in the ocean then it was worth it! While Australia’s environmental policies need some work, they’re downright hippy compared to some other countries, so it’s hard to know how much industrial waste was created and then dumped in producing your imported goods! 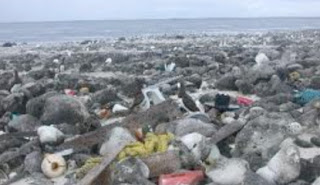 In addition to binning and recycling your garbage, the recent floods taught us that keeping a clean and clear yard and “under the house” area is a must. Anywhere your rubbish can be swept away by wind or water should be clutter free. We all saw the terrible footage of so much rubbish on our beaches after the floods, it’s time to learn from that and do our bit to keep the ocean and environment safe.

*Thanks to Jean Michel Cousteau and Greenpeace websites for further information.